Cats are one of the most common and beloved pets. Despite looking cute, not all of them have a good and calm character. So, what should owners do if their pets are aggressive?

Why do Our Pets Misbehave?

Cat owners should be aware that cats often express negative emotions towards humans if they feel threatened by them. Aggression helps animals defend their territory when needed. Animal dissatisfied behavior goes along with a series of specific reactions. Cats press their ears to their head as their pupils become wider. In addition, the tails of aggressive animals often quiver and move. Many pets cling to the ground or take the most unusual, intimidating poses. Thus, visually cats become bigger to scare the enemy.

Often pets show aggression with various frightening sounds and hissing. Cats in a state of aggression can attack their owners, scratch or even bite them. Cats can also be unhappy with their relatives, other animals or people if they first appear in their house.

Cats also become aggressive when they are in an unfamiliar place. Even visiting an animal hospital can be a very unpleasant event for them. In such situations, pets can release the claws of their front paws to grab a threatening object and use the claws of the hind paws to scratch the attacker. In this situation, even resolute resistance is useless. It is also common for cats to use howling and raise their fur to frighten the enemy.

How to Prevent Bad Animal Behavior 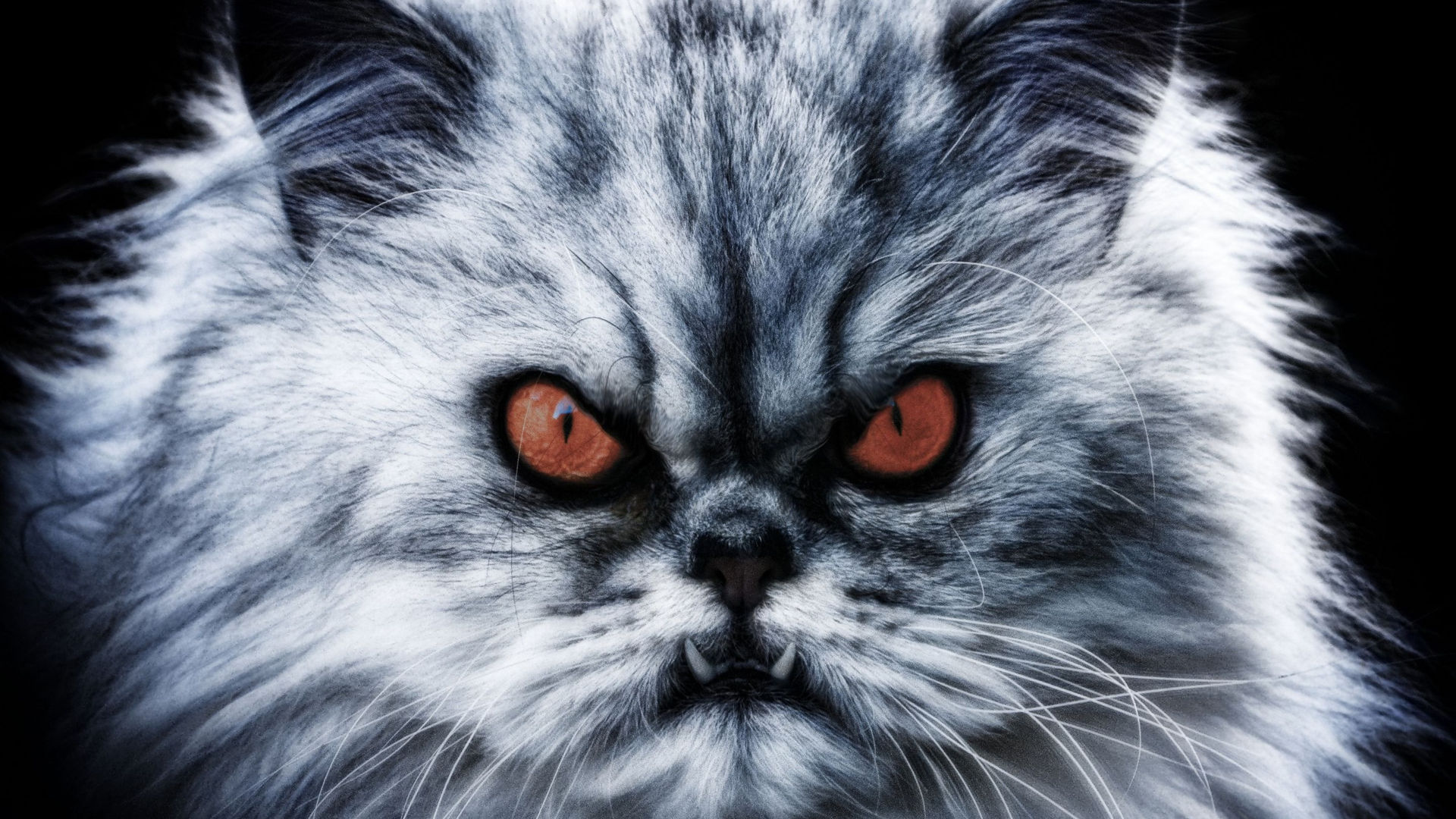 It is better to exclude games that provoke cats to show aggression and annoy them. Also, do not punish pets too harshly, especially when they are agitated. The important thing is that aggression is not a sign of hunger. Cats are often in this state while hunting to intimidate their prey.

Talking about cats, it is important to note that they naturally have hunting instincts. In their natural habitat, they need to intimidate prey to catch it. However, this character property can be changed. Many veterinarians advise hanging small bells around the animals’ neck that prevent them from hunting silently. Although some doctors, on the contrary, believe that it is better to allow pets to satisfy their hunting instincts and arrange active games for them so that they can release their emotions.

Professional training is a great way to improve the behavior of pets. Also, animals become calmer after sterilization, as it affects the level of their sex hormones. You can also improve your pet’s temperament by changing the environment or using sedatives. The only way to find out the causes of aggression in cats is through careful observation and care.

People can get a lot of useful information about their pets in special mobile applications. Such applications also allow users to observe the life of animals in the wild or read thematic literature about them. There are special websites where visitors can download Android apk. This type of file consists of complete archived codes required for Android applications.